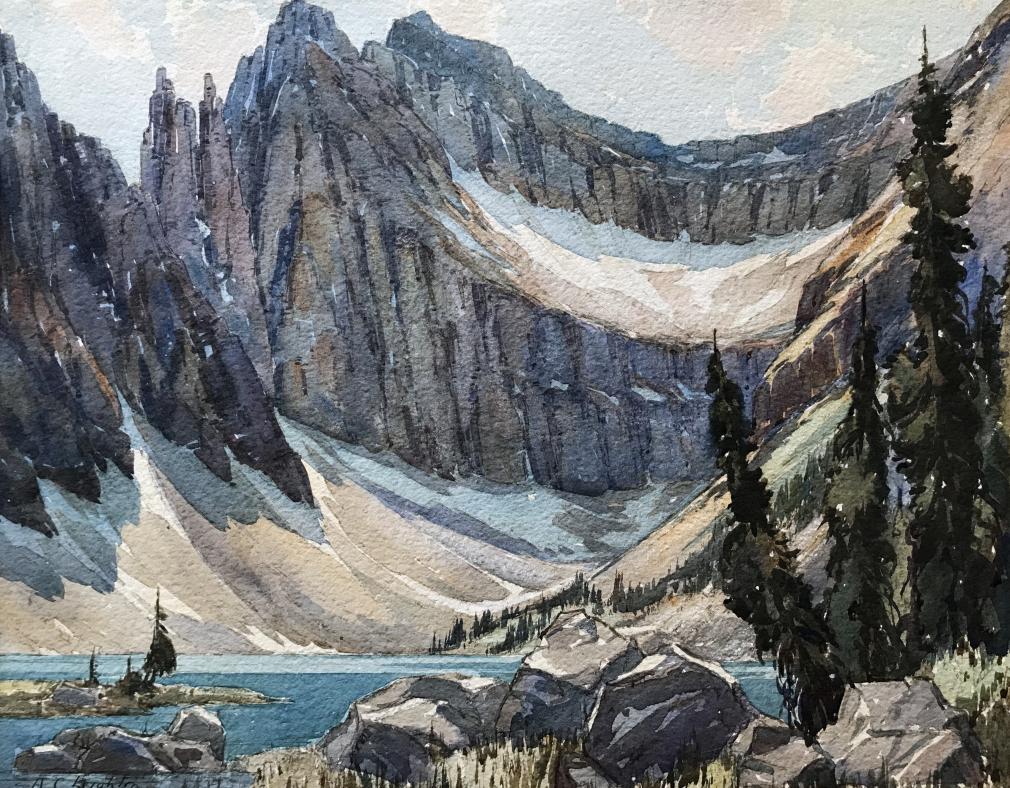 Huge, remote, and beautiful, the Canadian Rockies were Leighton's predestined subject. Chosen for him by a combination of circumstance, temperament, and tradition, they stimulated his genius as did nothing else. Circumstance was provided by his employer, temperament was innate, tradition was quintessentially English. English sensibility had discovered the beauties and terrors of Alpine scenery during the 18th Century while en route to Italy on the Grand Tour. That scenery was appropriated for painting by artists like John Robert Cozens and later by the great J. M. W. Turner. By the mid-19th Century alpine scenery was so highly regarded in England that the critic, John Ruskin, devoted several chapters to the subject in his monumental study, Modern Painters. By Leighton's time, the tradition was entrenched in British art, despite the fact that few artists could afford to embark on a Grand Tour of their own.

At the turn of this century, the Canadian Rockies offered the British visitor to Canada something akin to a new Grand Tour through a former British colony. The Canadian Pacific Railway had recently developed the line through the Rockies in the new Dominion, and had established offices in Britain to promote both emigration and tourism. To tourist and artist alike the Canadian Rockies on the CPR line—Banff, Lake Louise, Yoho—offered accessible alpine scenery, scenery that was in many respects wilder and more romantic than the Alps, themselves.

In 1925, when A.C. Leighton was presented with this scenery by his employer, he was well prepared.

A. C. Leighton (1901-1965) came fast out of the gate. when he was hired by the Canadian Pacific Railway in 1924, he was an artist of enormous promise. He was only 23 years old. A prodigiously talented painter-illustrator, since the age of 17 he'd been an associate of the Royal Academy. His new employers recognized his potential and sent him across Canada for six months to paint along the railway's main line. After a practice established with artists in the 19th Century, the company encouraged him to do his own paintings as well as commercial work. In return for transportation and accommodation, it retained first right of purchase.1 On this trip Leighton discovered the Rockies. when he returned in 1927 he chose to work exclusively in the mountains which had so impressed him on his first visit. He came for a third time in 1929, this time on a promotional trip involving a travelling exhibition of his own work at T. Eaton Company stores. while in Canada he accepted the position of head of the Alberta College of Art following the untimely death of its first head, Lars Haukaness. He resigned his position with CPR and took up residence in the New world.

During his early visits, Leighton established his practice of painting from nature in the wilderness. On his first trip to Canada he had painted along the CPR line; trains dropped him off at likely painting spots and picked him up upon their return. Subsequently, at the prompting of the CPR's general publicity agent, John Murray Gibbon, he became a member of the Trail Riders of the Canadian Rockies.2 Through this group he discovered the desolate high passes near and above the timberline that were to become his preferred mountain subjects. Leighton became a painter of the Rockies at their most austere and remote. quality; in 1929 he founded the Alberta Society of Artists; and in 1933 he established what was to become the visual arts program of the Banff School of Fine Arts. He didn't neglect his own art. Following his marriage in 1931 to a former student, Barbara Harvey, his painting developed rapidly. The young couple packed into the mountains on their honeymoon (two oils remain from this period: a view of Moraine Lake and a depiction of his young bride in a rain slicker holding a saddle. Thereafter he painted in the mountains accompanied by his wife rather than the Trail Riders. An outfitter would take the pair in and return to pick them up after two weeks or more. During their period alone the couple looked after themselves, without the encumbrance of pack horses. Leighton preferred solitude in fact as well as in the subjects he chose to paint. In a TV interview late in life he observed, "...the mountains, the peaks, the glaciers; that's where I want to be and that's what I want to paint." His love of solitude was fundamental. In his latter years, especially, he hated motorcars, radios, newspapers, and welcomed few visitors.

But no amount of mountain solitude could compensate for the pressure of teaching. when Leighton's health failed in 1936—as he claimed from overwork—his public life ended abruptly. He was only 35. Taking leave of absence from the college, he returned to England to recuperate. He returned to Canada and resigned officially in 1938. He never taught again.

Leighton's second and most extensive period of mountain painting extends roughly from 1945 to his death. He returned to Canada before the war and moved to the more comfortable climate of its west Coast. After a brief attempt at farming near Chilliwack, he appears to have supported himself through commercial work, living at Crescent Beach, near Vancouver, and briefly in California during the late '40s. After the war he made several visits to the Calgary/Banff area, staying with his wife's family. Although no records are available from this period, most likely he came during the summer months and renewed his extensive pack trips into the mountains. Leighton returned to the Calgary area in the '50s and lived there—apart from two long sojourns in England—until his death in 1965. There, during his last decade, he built the large house on 76 acres of property overlooking the Millarville Valley which is now the home of the Leighton Foundation. 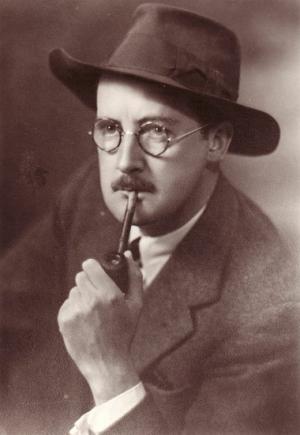