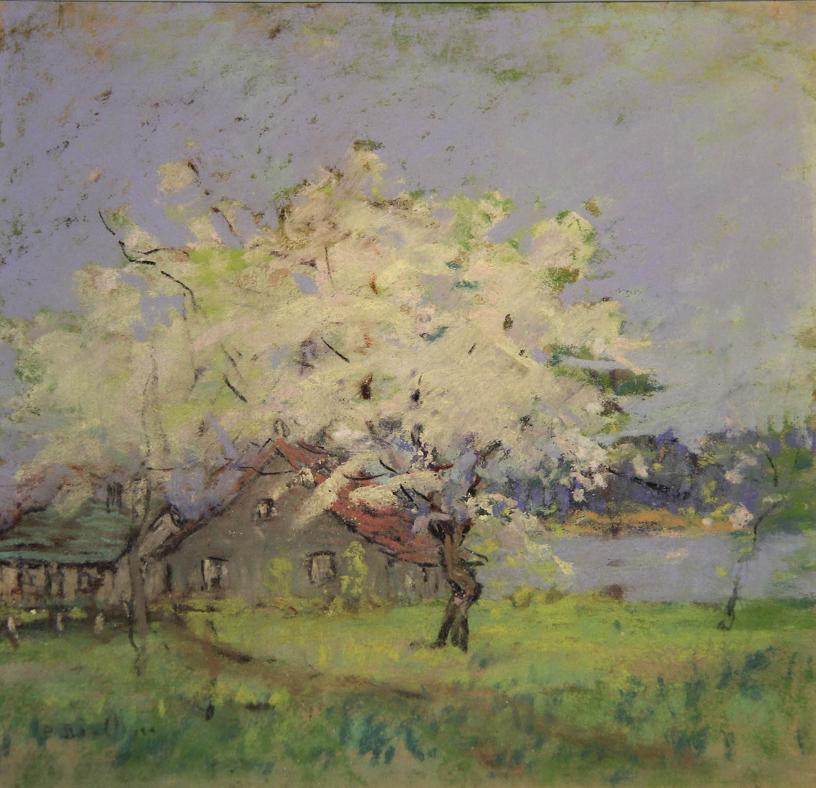 Known for her portraits and Impressionist-style landscapes, the eldest of the Des Clayes sisters traveled between Montreal and England throughout her life. Her early studies took place at the Bushey School of Art in England and the Académie Julian in Paris where she studied under Tony Robert-Fleury and Jules Lefebvre. After living in London for six years (1906-12), she settled in Montreal in 1912, then spent a year traveling in England and France (1919-20). Des Clayes then settled in Chorleywood, England until 1931, then returned to Montreal where she lived until 1951. She was in Devon, England in 1967, and died the following year. A versatile artist, she worked in oils, watercolours and pastels and won the Jessie Dow Prize twice. Her fondness for the Canadian landscape pushed her to illustrate two books: "Here and There in Montreal and the Island of Montreal" by Charles W. Stokes, and "Acadia (Nova Scotia)" published by the Dominion Atlantic Railway. One of her landscapes and two Nova Scotia harbour scenes can be found in the National Gallery of Canada.