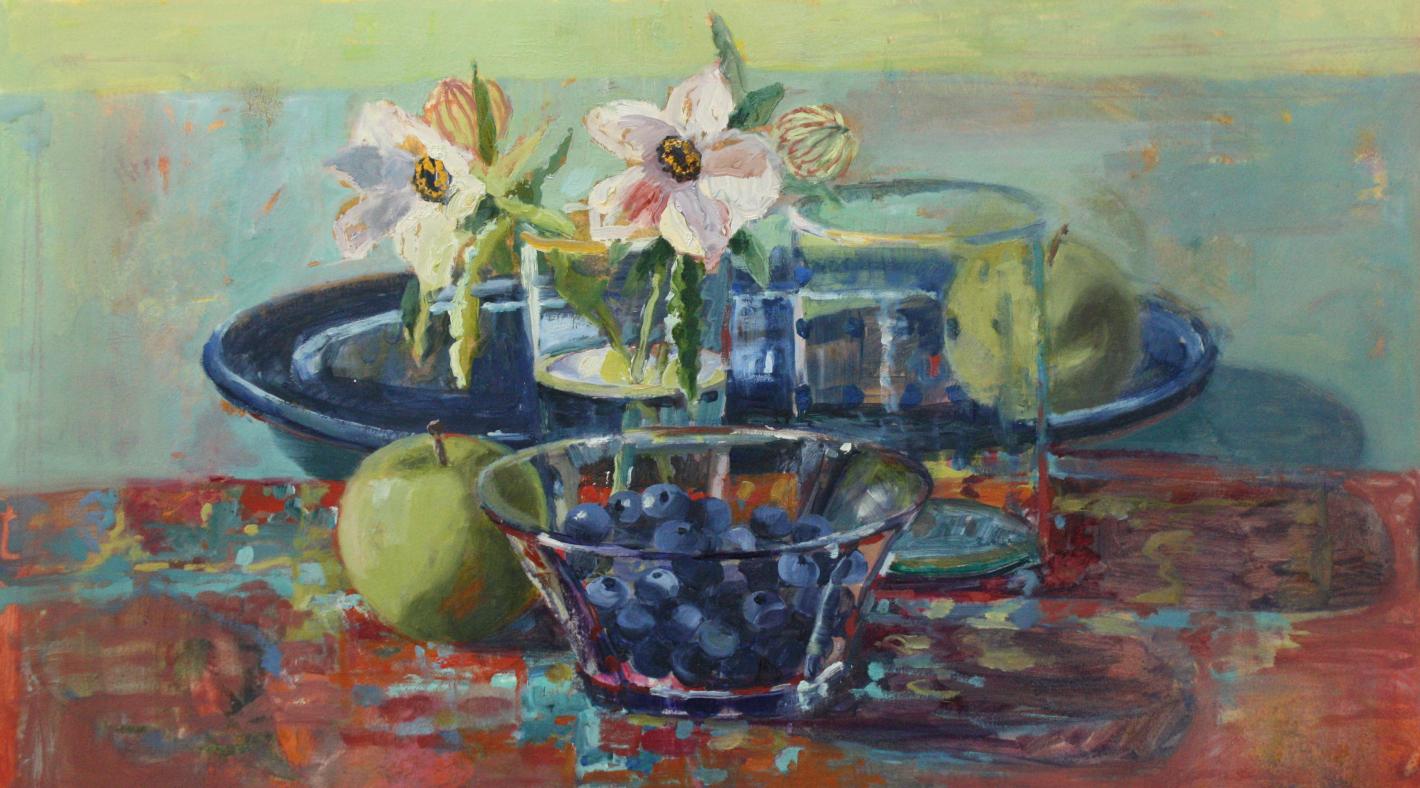 Carol Stewart was born in Ontario in 1959 and grew up in Kingston and Montréal. She obtained a B.F.A. from Queen’s University in 1981, and in 2010 completed her M.F.A. at Fontbonne University in St. Louis, Missouri. For over 30 years, Carol has rendered still lifes and landscapes inspired by gardens from London, Vancouver, St. Louis, and Columbus, Ohio where she resides. Carol Stewart's still lifes and tablescapes are characterized by a sophisticated play of colour and light. Always painting from life, Stewart interprets flora, fruit, fabrics and glass objects as explosive fields of colour. Her pieces convey a network of patterning and mark making that create texture and energy. Whether the stage is set up in her studio or painted directly from nature, Stewart’s painting succeeds both at close range and from a distance. As one’s gaze is anchored on a piece, a unified composition emerges while at the same time, specific elements emerge. Subsequently, depth is established, objects are weighted through their shadows and a subtle balance is expressed through reflections of light that dance across the surface. Carol Stewart's works can be found in private and corporate collections in Canada, the United States and the U.K. In 2008, she won the Honors Award at Art St. Louis, and has studied with some of the leading painters in the United States. According to the artist, “I search for the place in painting that exists between the representational and the abstract. This is where the spirit of the painting lies. It is the place that takes the viewer away and allows for repeated visual explorations.” 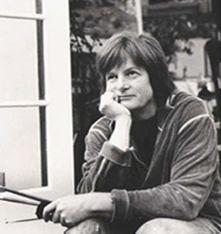 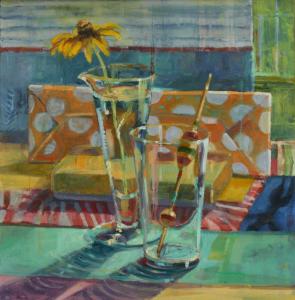 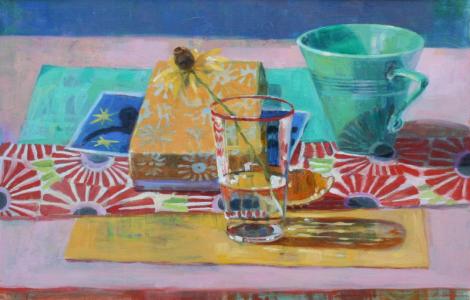 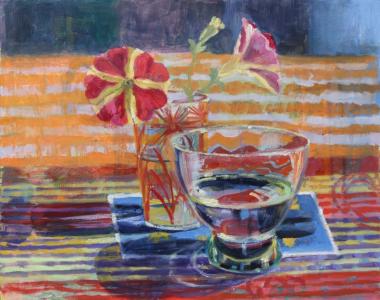 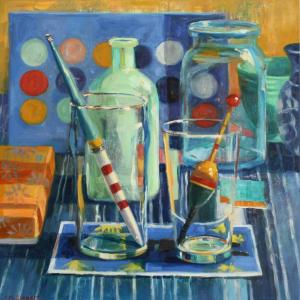 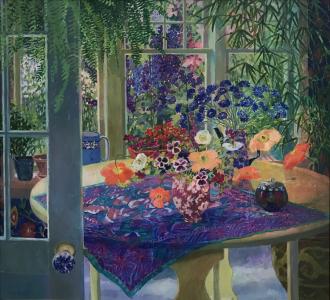 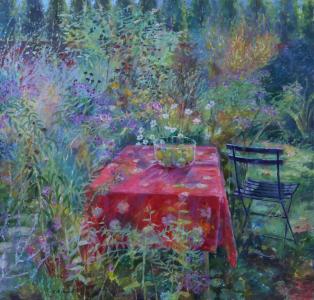 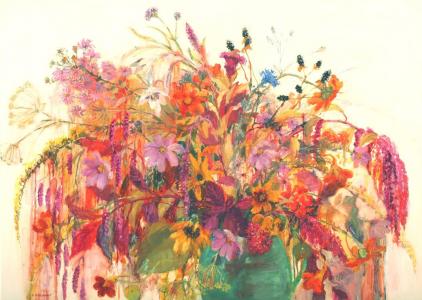 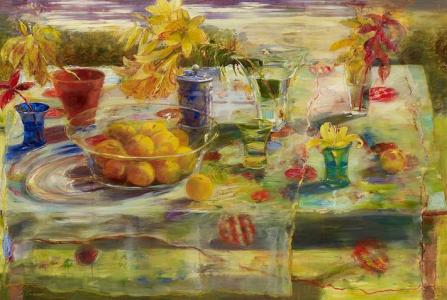 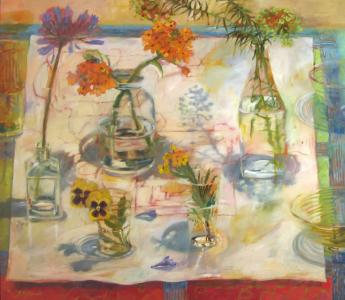 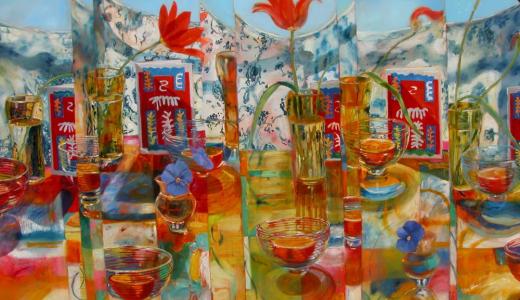 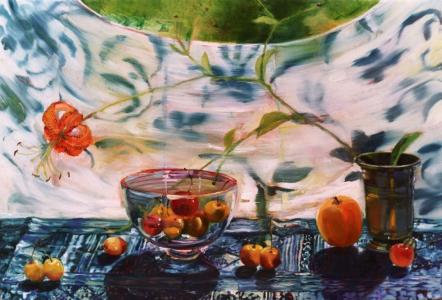