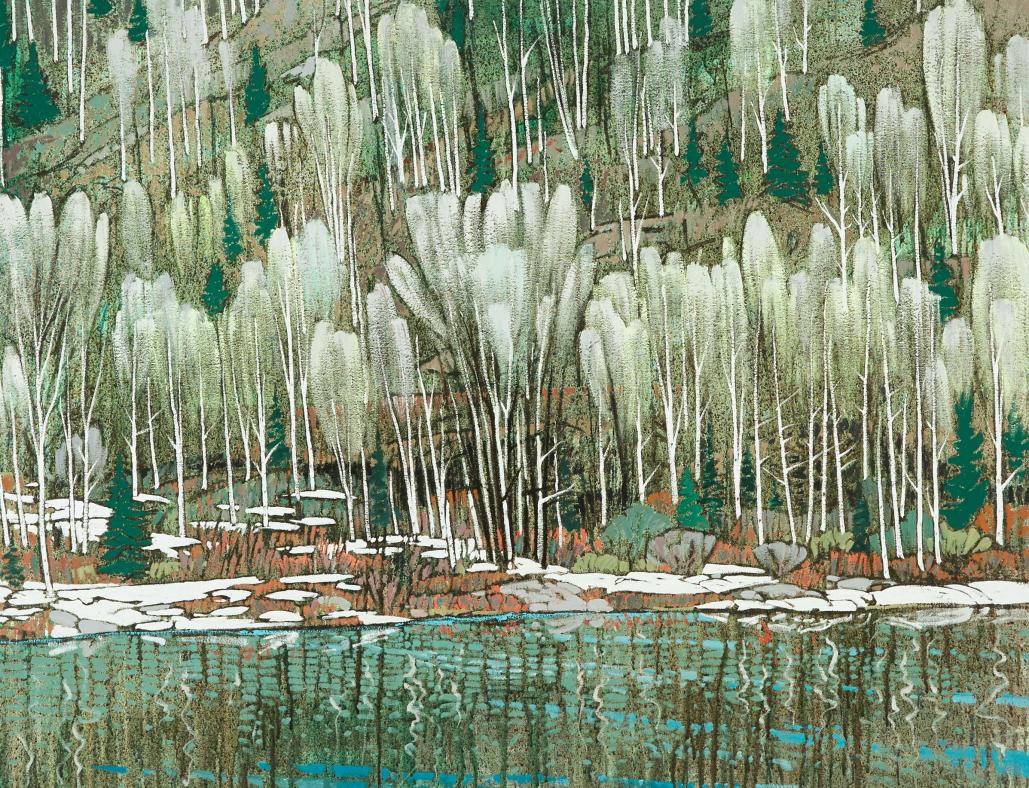 Calgary native Ted Godwin was born in 1933 and raised in Calgary. He worked as a neon sign designer and a commercial artist, and graduated from the Southern Alberta Institute of Technology and Art in 1955. Godwin was a founding member of the ground breaking modernist group known as the Regina Five, who burst onto the Canadian Art scene in 1961 with a show simply titled The May Show at the Mackenzie Art Gallery. The show created quite a stir, and was picked up and shown at the National Gallery of Canada under a new title: Five Painters from Regina. Godwin, together with Kenneth Lochhead, Ronald Bloore, Douglas Morton and Arthur MacKay became the profoundly influential group of Canadian modernists known as the Regina Five. In 1964 Lochhead and McKay were included in Post Painterly Abstraction, a controversial exhibit curated by Clement Greenberg at the Los Angeles County Museum of Art, while Bloore went on to found Canada’s first dedicated faculty of Fine Arts at York University. Godwin trained further at Emma Lake from 1959 to 1965 under Barnett Newman and Jules Olitski, and taught at the School of Art at Regina’s University of Saskatchewan campus, from 1964 through its transition to the Department of Visual Arts of the University of Regina, until he retired in 1985.

Godwin’s work was most often executed within the framework of a series, such as Tartans, River Edges, explorations of the corners within a work of art, Rocks, Flowers and Scissors and Dying Orchids. An intellectual and sensitive artist, his flamboyant life and periods of turbulence often belied the sensitivity of his work. Retiring from teaching in 1985, he returned to Calgary. Godwin was an avid and expert fly fisherman. With easy access to Calgary’s Bow River, a world-renowned fishing mecca, as well as the waters that drain into various rivers and creeks from the nearby mountains, Godwin’s interest in the hidden mysteries of the river, the contrast between the worlds of the fish in water and the human on land, with the fisherman as the intermediary between the two, provided him with both a personal and painterly Zen. Having swung fully from non-representational work to in-depth, detailed explorations of the various aspects of the river, Godwin adhered to the serial approach, exploring many of the intimate details of nature such as lily pads, roots and wild rice through repeated painterly inquiries. The subject of numerous exhibitions, he was also an author and poet.

Godwin is represented in many public and private collections in Canada, including the National Gallery of Canada, the Art Gallery of Hamilton, the Canada Council Art Bank, the Art Gallery of Ontario and the Glenbow Museum. Godwin was elected to the Royal Canadian Academy in 1974. Together with his fellow members of the Regina Five, he was given an honorary Doctorate of Laws from the University of Regina in 2001, and in that same year he received the Alberta College of Art Award of Excellence. In 2004, he was given the Order of Canada. Godwin died in 2013. 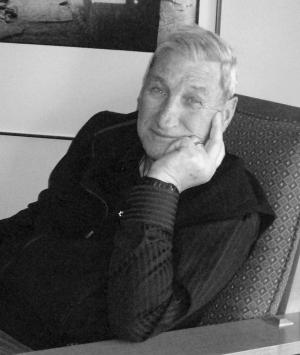