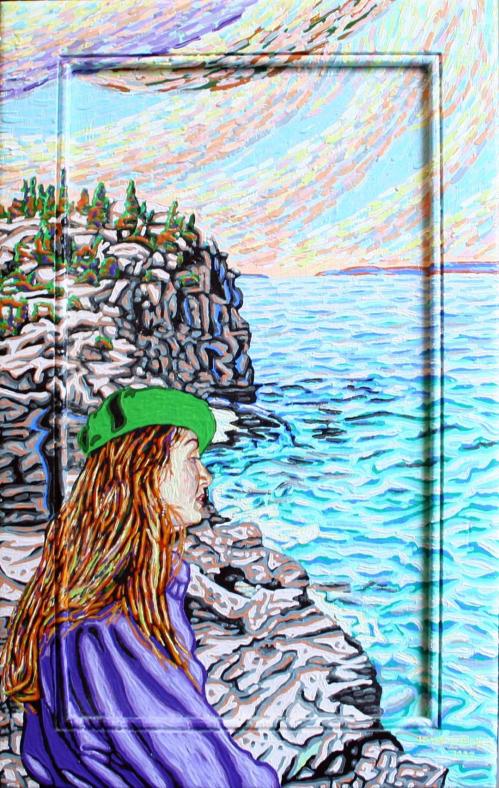 John Boyle was born in London, Ontario in 1941. A self-taught artist, he has produced a major body of work that spans a career of five decades. First active in London in the 1960's, he was included in the acclaimed National Gallery of Canada exhibition, The Heart of London. Boyle very quickly developed a distinctive vision which has remained consistent throughout his career. A figurative painter and strong Canadian nationalist, Boyle chooses both Canadian heroes such as Tom Thomson, William Lyon McKenzie and Marshall McLuhan, as well as ordinary Canadians and incorporates them in a background which holds reference to his own life in London, St. Catherine's, Owen Sound, Europe and Japan. Strong colour, richly patterned areas and figures spaced randomly throughout the painting emphasize the direct response of the artist to his world. Boyle has experimented with different materials – pen and ink, oil, acrylic, watercolour, enamelled steel (as seen in his Queen Street subway commission) and bronze, adapting the various media to a variety of shaped canvases and board. The artist has exhibited extensively in solo and group exhibitions in both private and public galleries – most recently at the National Gallery of Canada in a catalogued exhibition entitled, The '60’s in Canada. John Boyle's work is represented in the National Gallery of Canada, the Beaverbrook Art Gallery, N.B. Confederation Centre, P.E.I., Art Gallery of Ontario, Hamilton Art Gallery, the Montreal Museum of Fine Arts, London Regional Gallery and the McMichael Canadian Collection. 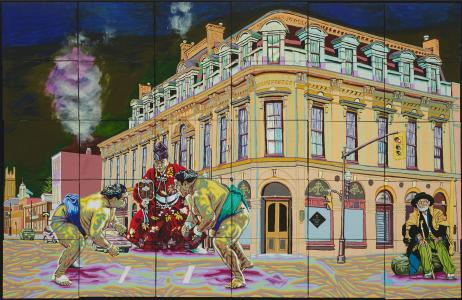 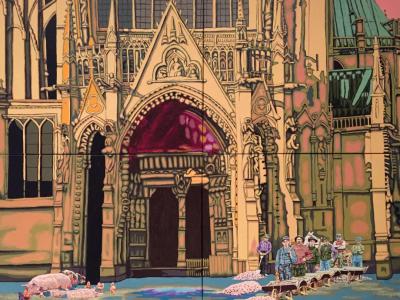 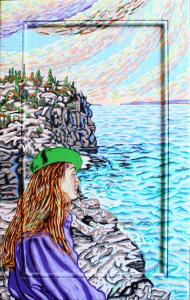 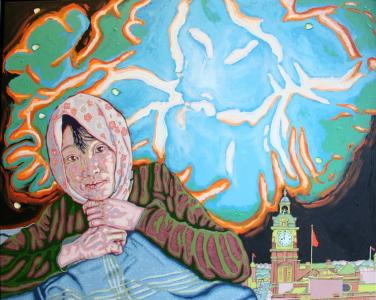 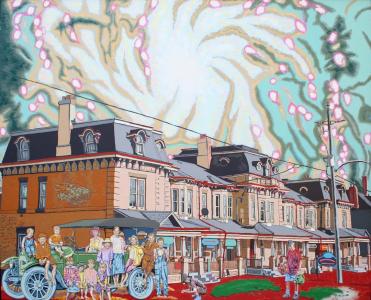 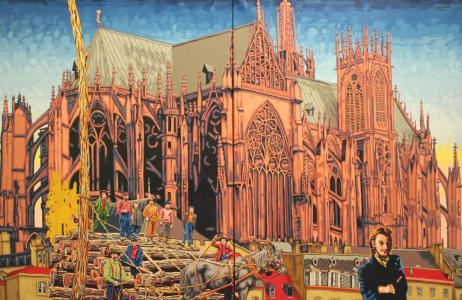 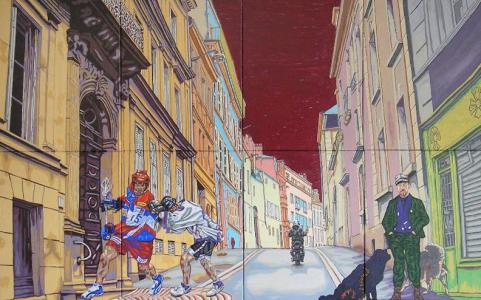 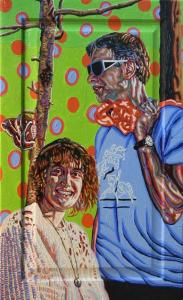