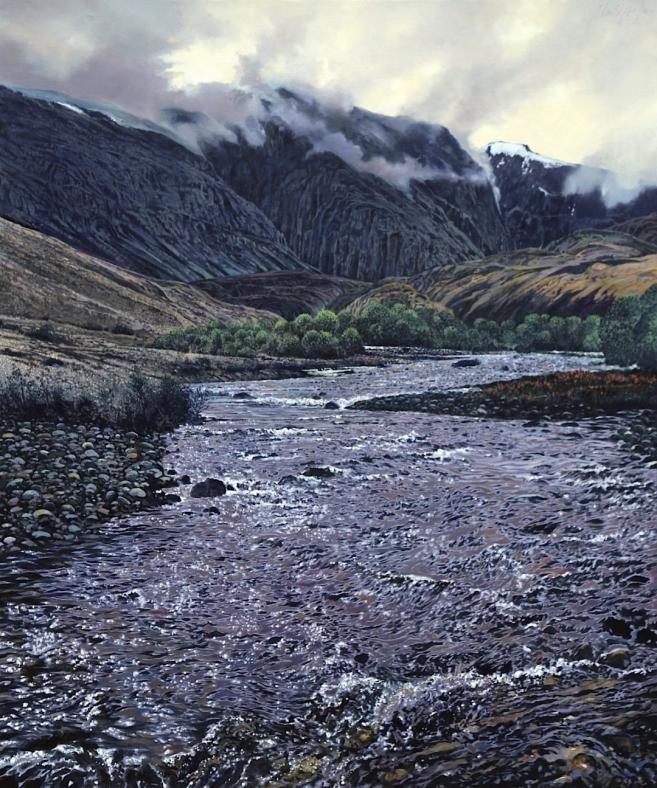 Ron Bolt (RCA) was born in Toronto in 1938. His career spans close to fifty years. As a painter, he has held over seventy one solo exhibitions in Public and Commercial galleries in Canada and has participated in numerous group exhibitions in the United States, Mexico, England, Japan and China. Commissions include two Government murals, three books and numerous corporate and private installations. His paintings, prints and limited edition books are in the collections of museums, public galleries and major libraries in Canada and abroad. Bolt has continued the powerful tradition of landscape painting in Canada although with a slight shift in focus. For Bolt, it is the coastal and river waterways that fascinate him – a wilderness that he describes as “sacred”. He sees the wild places as a living record, a perceptible memory of our cultural heritage and a defining characteristic of our nation. In the early years, the artist was profoundly influenced by abstraction and adopted a minimal approach to his subject matter. Gradually, with a return to oil, a subtle change occurred leading to very complex compositions, richer colour and expressive brush work. Two remote residencies in Gros Morne National Park in Newfoundland and in the Mohave Desert helped to promote this change. In 2003, a Canadian Parks and Wilderness Society sponsored an expedition down the Snake River in the Yukon. For fourteen days, this arduous and dangerous voyage challenged the artist physically, emotionally and intellectually. The ultimate effect of this experience on his painting has been to reinforce Bolt as a “northerner” and a “romantic” following but reinventing a Canadian tradition. 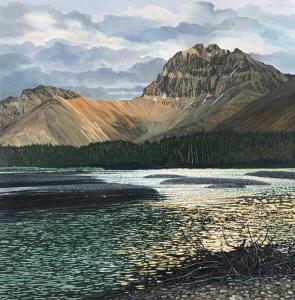 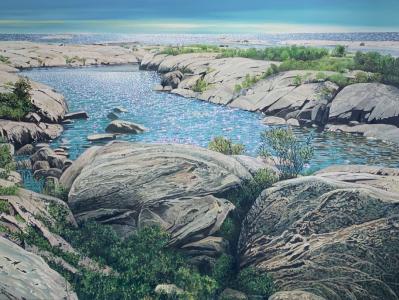 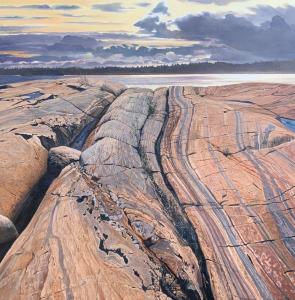 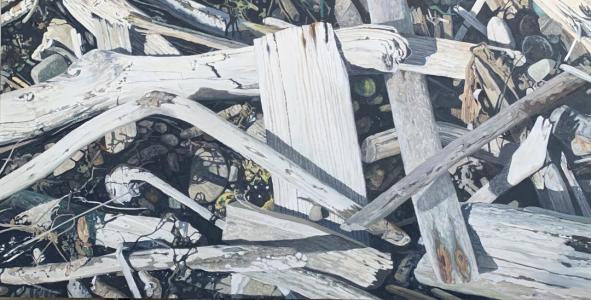 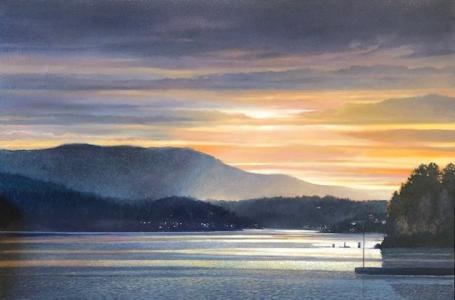