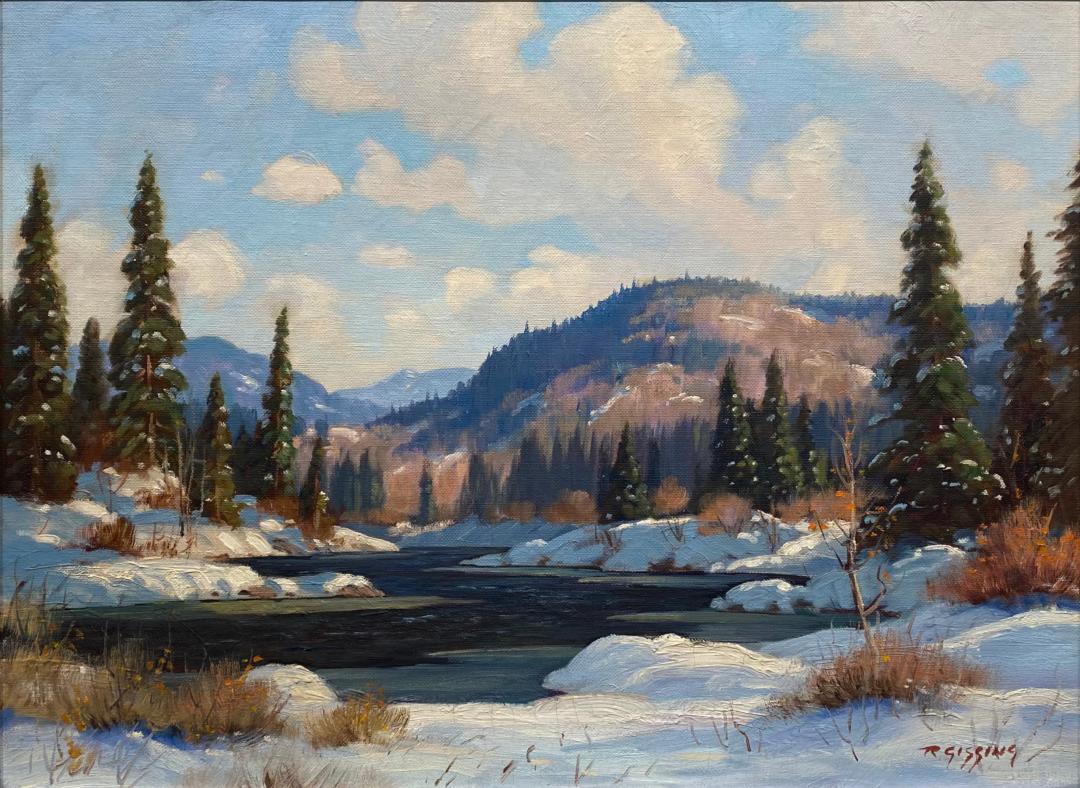 Roland Gissing was born in Willersey in the county of Worcester, England on 14 May 1895. The artistic side of his nature came from his father Algernon Gissing, a well known novelist, who was the brother of the quite famous writer, George Gissing. With the exception of a few years art instruction at George Watson’s College in Edinburgh during the early 1900’s, Gissing is almost entirely self taught. Introduced to the phenomenon of the “moving picture” while in Edinburgh, he made visual contact with the freedom of the western frontier and the world of the cowboy. The west became the country of his dreams.

Arriving in Calgary, Alberta in the spring of 1913 an 18 year old Gissing came to Canada and for more or less the next ten years followed the life of a cowboy, taking life as it came, from the Peace River country as far south as Mexico working on various ranches along the way.

While in Montana Gissing met Charlie Russell the famous cowboy artist who nodded approval of Gissing’s early sketches depicting life on the range. In Nevada he met Will James, the cowboy writer of western stories who also gave Gissing considerable encouragement.

It was the fall of 1923 that he was fortunate enough to find an open homestead on the east bank of the Ghost River west of Cochrane, Alberta. The beauty of the foothills and Rockies decided the location for him and a fortunate one it was. His fondness for sketching and drawing had grown and with a rising need to test his ability he wanted to try painting for a living.

And so it was that Roland Gissing would become one of Western Canada’s most prolific artists until his passing in September, 1967. His realistic portrayal of the western landscape is today prized and honoured by many. 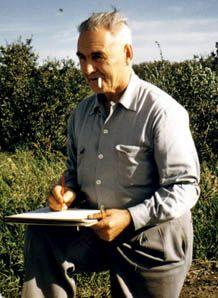 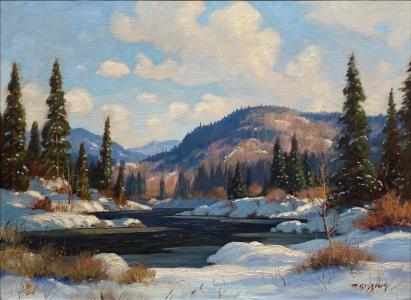